The DNA of the UCA:  Celebrating 45 years of the Uniting Church in Australia 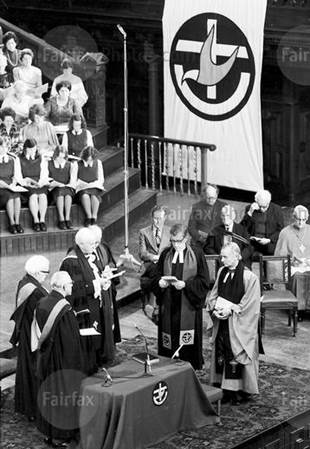 When the Congregational, Methodist and Presbyterian churches joined together in 1977 to form the Uniting Church in Australia, they declared that this union was both in accord with the will of God, and that it was a gift of God to the people of God in Australia. Since then, the Uniting Church has been a church which is committed to working ecumenically with other Christian denominations.  That commitment is one very important aspect of our DNA as a Uniting Church.

The Uniting Church is a church which values the ministry of all the people of God and seeks to order itself in accordance with the will of God. Our Basis of Union affirms that every member of the church is engaged to confess Christ crucified, and every person is gifted by the Spirit to engage in ministry in their own particular way. We are a church that values the ministry of each and every person.

The Basis of Union makes it very clear that we are a church which is committed to equality and mutuality of women and men in ministry. Even before 1977, the three previous denominations had ordained women to ministry. Since 1977, many women have stood on an equal basis alongside men, as Ministers of the Word, Deacons, Elders, Church Councillors, Lay Preachers, Lay Presiders, Chaplains, and Pastoral Carers. We value the insights and experience of women. In this our 45th year, lay and ordained women serve in leadership positions across all councils of the Uniting Church from Presbytery chairpersons to Moderators to the Assembly General Secretary and Assembly President. Gender equality is most certainly part of our DNA!

Another contribution that the UCA has made has been to highlight the importance, when we gather in council, of being open to the Spirit, and seeking to discern the will of God.  We live this out in our councils by practising a process of consensus decision-making. The Manual for Meetings sets out the various elements that are involved in making decisions by discernment: a time of information, a time of deliberation, and a time of decision-making.

A very important dimension to being the church in this country is that we are a church in Covenant with the First Peoples of Australia. From its earliest years, the Uniting Church has been involved in actions which express our solidarity with the Aboriginal and Torres Strait Islander peoples. The Uniting Aboriginal and Islander Christian Congress (UAICC) was established in 1985, and a Covenant between the Congress and the UCA was implemented in 1994.  This Covenant recognises that working for reconciliation amongst people is central to the Gospel.

In 2009, the Preamble to the UCA Constitution was revised to recognise the difficult history of relationships between the First Peoples and the later arrivals, as Second Peoples. Our present relationship is one which seeks to ensure that we commit to the destiny together which we share as Australians.

In the same year that the Congress was formed, the Uniting Church declared that it is a multicultural church, which rejoices in the diversity of cultures and languages which are found across Australia. The Basis of Union recognises that we share much, as Australians, with people of Asia and the Pacific. The Uniting Church has maintained strong relationships with churches from these regions, as well forging new links with churches in Africa and the Middle East. Every Sunday, in Uniting Churches across the continent, worship is held, not only in English, but in about 15 indigenous languages, and about 30 languages from other countries. 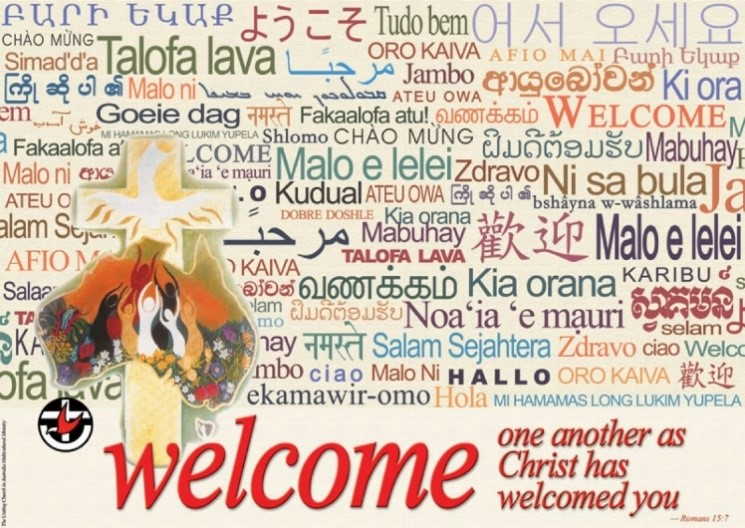 Over 40 years, the Uniting Church has shown that it is a church which is prepared to engage in difficult discussions about contentious issues. Our Basis of Union commits us to learn from the insights of contemporary scientific and historical studies, and affirms that we remain open to correction by God in the way we order our life together.

In the early years of the Uniting Church, debates about Baptism were the focus of great controversy. More recently, human sexuality has been an area of enduring controversy. There is a wide diversity of opinion within society relating to such matters, and this diversity is present within the Uniting Church. In dealing with such issues, we have learned how to debate with respect and integrity with ongoing conversations looking to employ a Space for Grace process to encourage respectful, empowering, and inclusive decision-making.

The Uniting Church inherited from its predecessor Churches a strong commitment to advocating for justice for all.   Many Uniting Church congregations and members are actively committed to serving those people who find themselves on the margins of society. This commitment was clearly articulated in the 1977 Statement to the Nation and it has been evident in many actions undertaken by Uniting Church members over the decades.

The Uniting Church has joined in common cause with other groups and organisations in society, in relation to a number of issues. As a church, we have advocated for a welcoming attitude towards refugees; lobbied for a fair and just system of caring for people who are experiencing poverty and homelessness; sought equity for workers in their workplace; and been involved in many other issues.

In like manner, the Uniting Church has always been a church which honours the environment and supports a sustainable lifestyle. Although such matters are firmly on the radar of the public now, they have long been integral to the DNA of the UCA. Once again, the 1977 Statement to the Nation flagged such commitment. A series of subsequent documents attest to the ongoing determination of the church to live responsibly, in such a way that we minimise the damage we cause to the environment in which we live.

Our partnerships with Churches in the Pacific have intensified our awareness of the negative impacts that are resulting from climate change. We know that we need to act now, to reduce the threat. So, many congregations and individual members of the UCA are seeking to implement practices that will reduce their carbon footprint on the planet. We know that we owe it to future generations, to live responsibly in the present.

Finally, over the last 25 years, the UCA has developed a firm commitment to strong professional standards, for Ministers as well as for lay people who exercise leadership in the church. Our commitment to professional standards emerged initially in response to the problems of sexual misconduct within the church. A whole section of the Regulations is now devoted to this. Since 1999, all Ministers have been expected to adhere to a Code of Ethics, and this has most recently been revised to provide a Code of Ethics Ministry Practice for Ministers and a Code of Conduct for Lay Leaders.  This, too, is integral to the DNA of the UCA.

So: these are ten strands to our DNA, as far as my thinking is concerned.  What about you? Would you add anything? Take anything away? What do you think are the essential aspects of our UCA DNA?