Baptism in the Tathra Congregation

You may recall a story in these notices from a few weeks back about the upcoming baptism of Pete Howe from the Tathra Congregation. Tracey Austwick was delighted to be preparing to baptise Pete as part of the practical component of the Sacrament’s course she is completing with Uniting Mission and Education of our Synod.

Pete, now 76, has been a Christian since he was 33, and was not baptised as a child. One of the beautiful parts of the story is that Tracey considers Pete to be a spiritual father from her time growing up in the Tathra congregation, and now she gets to baptise him.

“It’s a joy to be baptised by Tracey; a joy to know that she already knows more than I do about the sacraments. Tracey grew up in our church. She and her family have always been a blessing for us. I was never baptised. The idea didn’t occur to me until Tracey mentioned it.

When I became a Christian forty odd years ago I was so excited I had to tell all my friends. One of them said, “Calm down Pete, it’s just your latest thing; it will pass. You’ll  move on to something else.” I laughed. How could I move on from something as real to me as breathing?

Though I’ve been a devoted Christian for all these years I feel as if I’m ready to begin a new journey. It’s time to repent and let go of anything that blocks me from loving God, people and Creation. I’m ready to be cleansed; to open up to more of the love that surrounds me. It’s an absolute joy to be baptised in the Uniting Church of Australia.“ 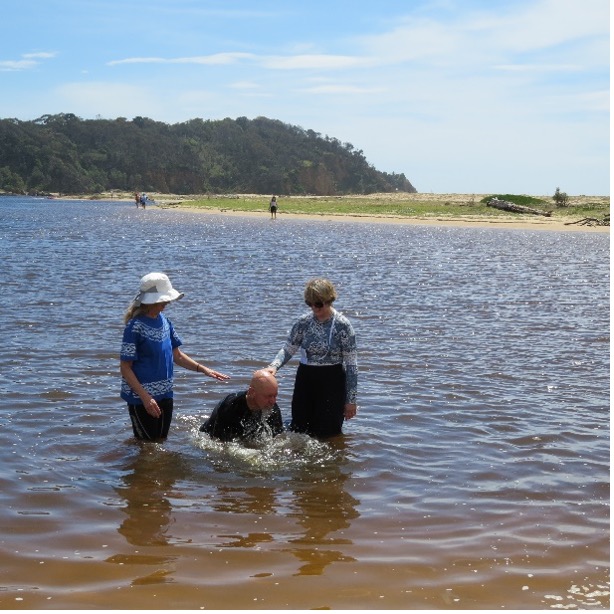 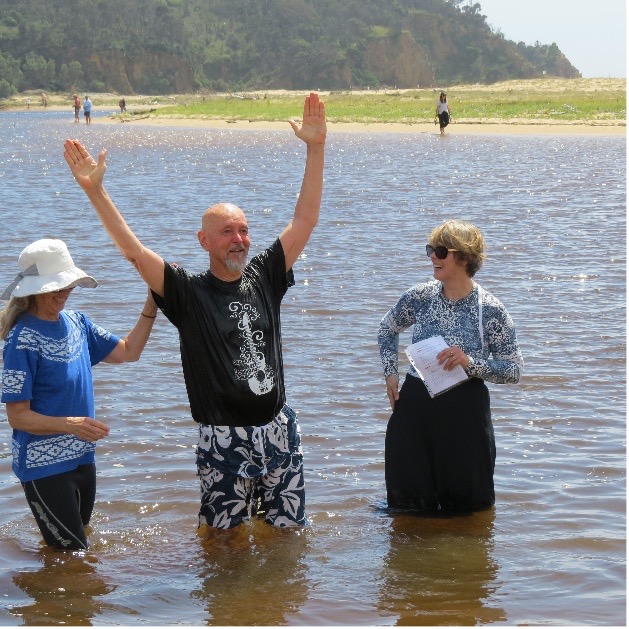 Around twenty members of the Tathra Uniting Church, along with Rev. Dr Ross Kingham, joined on Sat 18 Dec at Mogareeka Inlet to celebrate the baptism of Peter Howe, pictured in the water with Janet Howe and Tracey Austwick (presiding) and with Ross receiving a baptismal candle and words of affirmation. 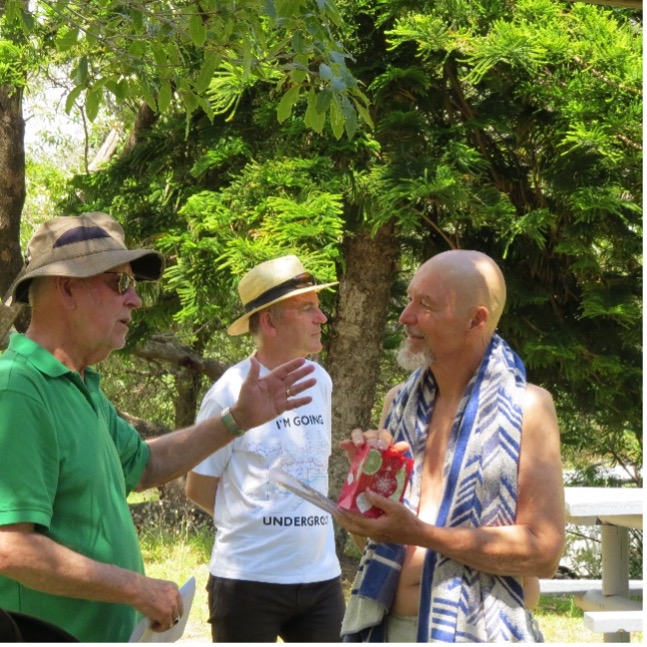