It was 20 years ago today, on 18 October 2001, that a small, overcrowded fishing boat set sail from Sumatra, Indonesia. On board were well over 400 asylum seekers—far too many for the small boat—who had fled the terrors of life in Iraq and Afghanistan. The boat was headed for the Australian territory of Christmas Island, a few hundred kilometres away. Asylum seekers sought to reach Christmas Island so that they could then claim asylum in Australia.

This was completely in accord with the 1951 Convention relating to the Status of Refugees, which Australia accepted—and included in part within legislation adopted in the Migration Act 1958. See https://www.kaldorcentre.unsw.edu.au/publication/refugee-convention

Unfortunately the boat, which was seriously overloaded, sank the next day, 19 October 2001. This mean that 353 people drowned (146 children, 142 women and 65 men). The actual name of the boat is not known; it is known today as SIEV X. SIEV is the acronym used by the surveillance forces for a Suspected Illegal Entry Vessel Unknown. The Roman numeral X designates this as the tenth such boat so categorised by Australian authorities. The acronym dehumanises those on board the boat and generalises the tragedies of all those fleeing their homelands. 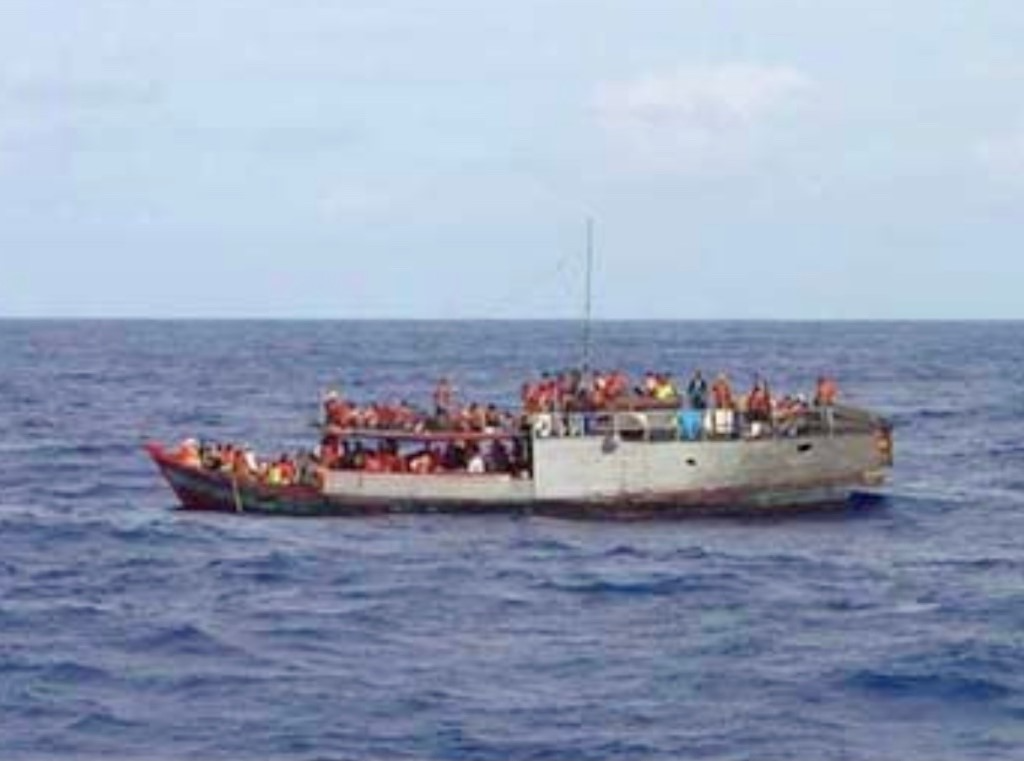 (This is not the vessel known as SIEV X. It is a photo of a boat filled with refugees, used as an example of the scenario on a SIEV X memorial page, https://www.safecom.org.au/sievx-memorial.htm)

According to survivors, more than 100 people remained alive in the water that night. Two vessels arrived and shone searchlights across the ocean, but they failed to rescue anyone. Some time later, 45 people were rescued by fishermen in the area.

The sinking and deaths occurred during an Australian federal election campaign, soon after the saga that involved the Palapa, another boat that sank, and the Tampa, the Norwegian vessel that rescued those on board the Palapa (see https://johntsquires.com/2021/08/26/20-years-on-and-the-shame-continues-the-palapa-the-tampa-and-children-overboard/) The Federal Government turned these two events into political footballs, tapping into the xenophobia and jingoism of some in the population—and won the election.

The shame that was generated by the callous and illegal actions of the Australian Government in events surrounding each of these incidents continues today, in the ever-worsening policies in our nation relating to refugees and asylum seekers. Whilst Australia has accepted around 190,000 migrants each year for the past few years (around three times the number admitted 25 years ago), there are only around 6,000 refugees admitted within that number each year. (I have taken these figures from a government publication, accessible at https://www.aph.gov.au/about_parliament/parliamentary_departments/parliamentary_library/pubs/rp/rp1617/refugeeresettlement#_Toc461022111)

In 2002, a Senate Select Committee had been established to investigate “A Certain Maritime Incident” (the “children overboard” incident in the whole Palapa—Tampa affair). The committee also investigated the SIEV-X sinking. It concluded that "... it [is] extraordinary that a major human disaster could occur in the vicinity of a theatre of intensive Australian operations and remain undetected until three days after the event, without any concern being raised within intelligence and decision making circles." (See “Findings” under “SIEV X -Chapters 8 and 9” at https://www.aph.gov.au/Parliamentary_Business/Committees/Senate/Former_Committees/maritimeincident/report/a06) 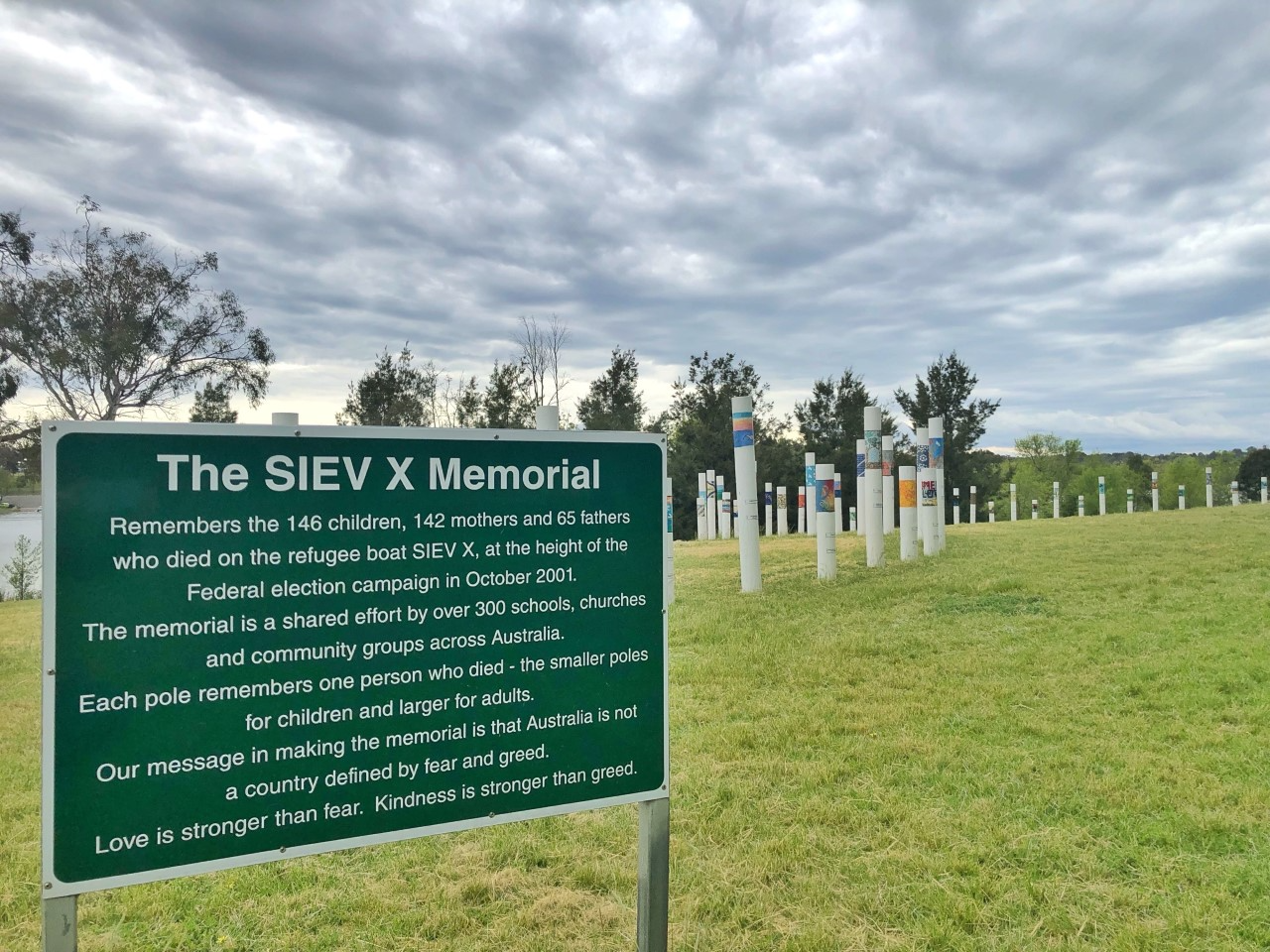 On the weekend almost five years after the sinking (15 September 2006), a memorial to the 353 people who died in that event was opened in Weston Park in Canberra, ACT. The memorial had 353 white poles, each of which had been decorated by a community group, a school group, or a church group, drawn from right around Australia. Each pole represented one of the deceased. 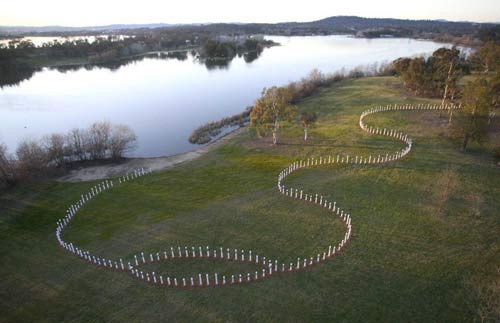 Overhead view of the memorial, from https://www.sievxmemorial.com

The Uniting Church has a strong connection with this memorial. The artwork for the 353 poles was gathered by a national competition. Pieces from this artwork competition were first displayed at Pitt St Uniting Church in Sydney, and then at Wesley Uniting Church in Melbourne, before being put on display in Canberra at the Canberra City Uniting Church. At that event in Canberra, the design for the memorial was announced—the poles were to be put into the ground in a design that represented the outline of the vessel, when viewed from above.

The then Prime Minister indicated that the Federal Government was opposed to the project, but the ACT Chief Minister, John Stanhope, opened the project in 2006. Permission had not been granted to make the memorial permanent, so a crowd of people carried the poles into the places designated for them. The event received strong national coverage. Public opinion was galvanised against our inhuman national policy regarding refugees. 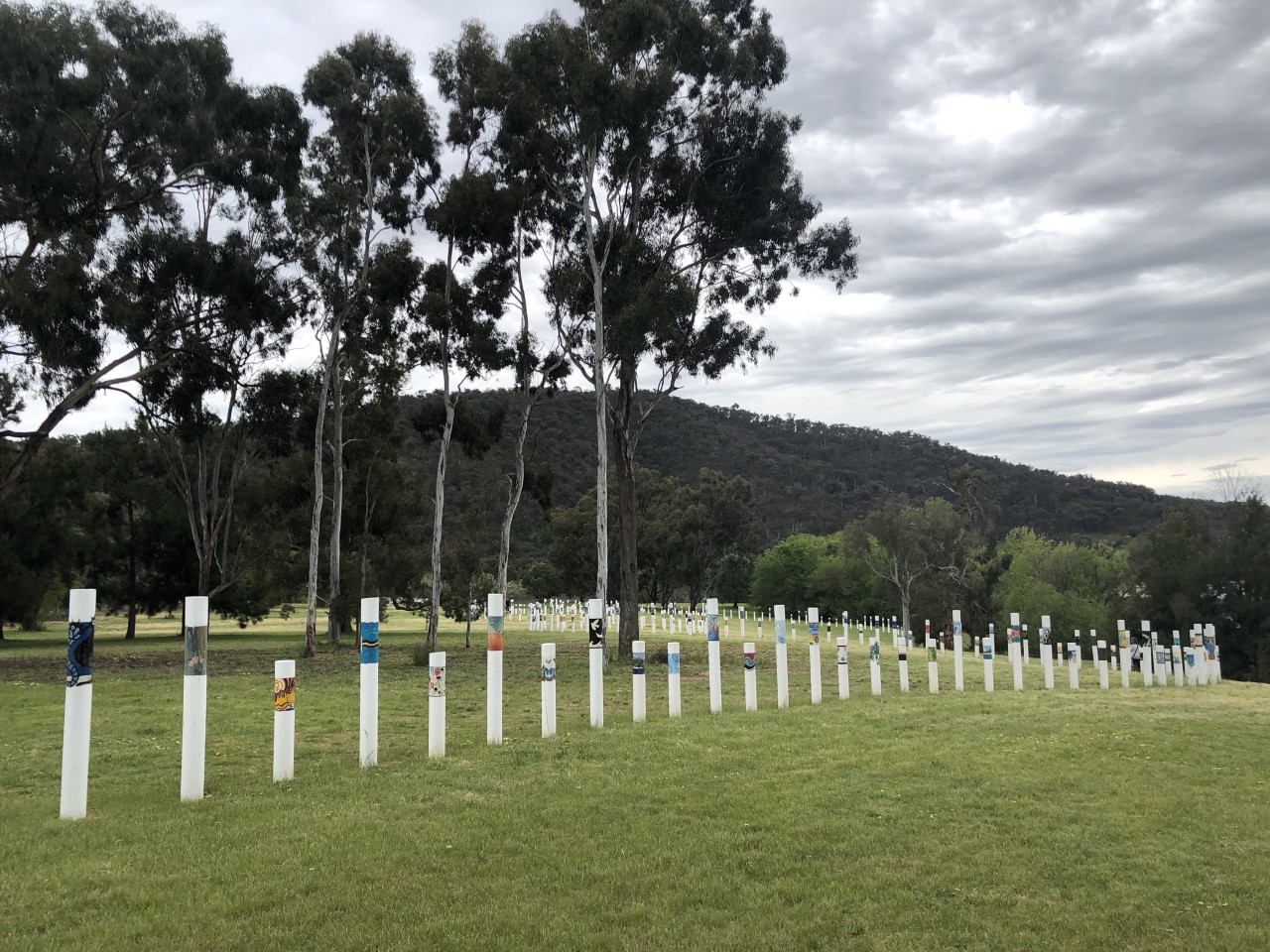 The next year, 2007, the memorial became permanent. It remains to this day as a reminder of the willingness of the Australian people to assist our neighbours in need; and the intransigence of our federal leadership (sadly, a bipartisan intransigence) when it comes to such matters.

The need to be a welcoming country to people who are rightly fleeing the persecution and violence being perpetrated against them in their homelands, is still an issue today, as the Christians United for Afghanistan project indicates. See https://www.unitedforafghanistan.com/#sign  (Our Presbytery has signed as supporting this campaign.) 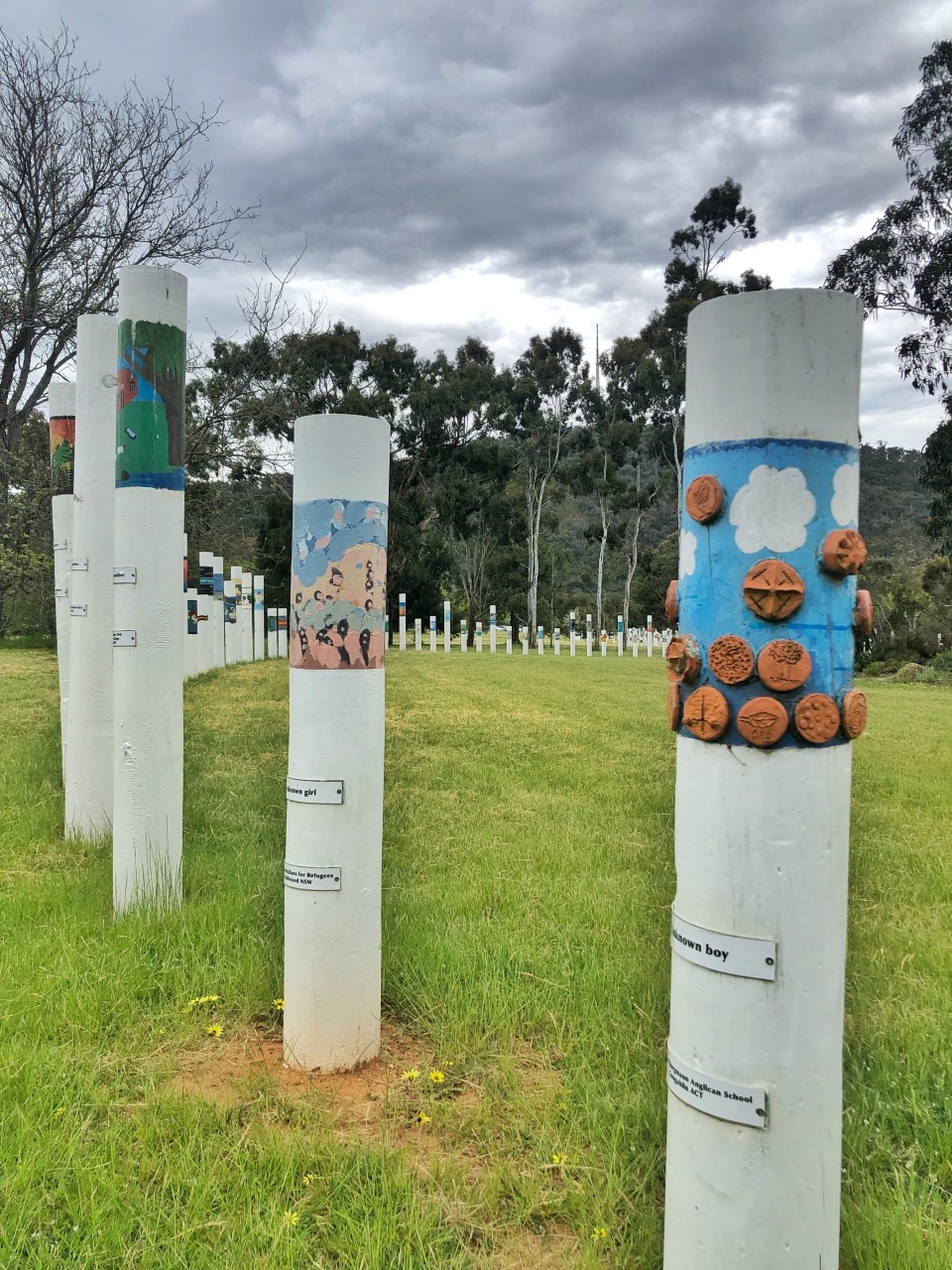 The photos used with this article were taken just recently (October 2021) by Willem Kok, a member of the Yarralumla Uniting Church, which is the Uniting Church Congregation that serves the area that includes Weston Park and the SIEV X memorial, and used with his permission.