The ethics of military activity in space

Congratulations to the Rev Dr Nikki Coleman for the publication of a new book, “Military Space Ethics”, which she has edited. (Howgate Publishing, 2022. https://www.howgatepublishing.com/product-page/military-space-ethics)

Nikki is one of the Uniting Church military chaplains in Canberra. She serves as Senior Chaplain Ethicist, with the rank of Squadron Leader, in the RAAF. She is a Research Fellow at UNSW Canberra and a member of the Australian Defence Human Research Ethics Committee. Nikki has written the Introduction to the book, as well as contributing two chapters co-written with her husband, Dr Stephen Coleman; one on Space Debris and one on The Growing Threat of Terrorism in Space.

Stephen has also contributed an Introduction to Military Ethics in Space. He is Associate Professor of Ethics and Leadership at UNSW Canberra, and Program Director (Military Ethics) with the Australian Centre for the Study of Armed Conflict And Society.

The book canvasses important questions of ethical responsibility as military activity grows in space: Is it appropriate to respond kinetically on earth to a threat in space? Does just war theory apply in space? Does the remoteness of space lower or raise the threshold for armed conflicts? Will the creation of new space forces start a space arms race?

New combat environments also create a number of new challenges, including whether future war in space will be conducted by robots or space marines, and how the dual-use nature of satellites will impact on their permissibility as targets in any future conflict.

The publishers note the importance of this collection of essays: “As space develops as a potential war fighting domain, so does the need to have ethical scrutiny. Since the 1960s there have been core space treaties that together with national laws, provide a clear framework for both military and civilian space activities, yet ethical questions still exist around space warfare. With greater military power comes greater responsibility and this responsibility is carried out at the end of a chain of decisions and technologies. This book’s relevancy will not be lost on students at service academies and staff colleges in preparing them for the task of emphasizing ethical responsibility in space to those whom they will lead in the future.”

Bringing the clear thinking of ethical consideration shaped by Christian faith into the realm of human activity in space, and especially military activity in space, is an important contribution to contemporary society. Congratulations to Nikki and Stephen on the publication of this book. 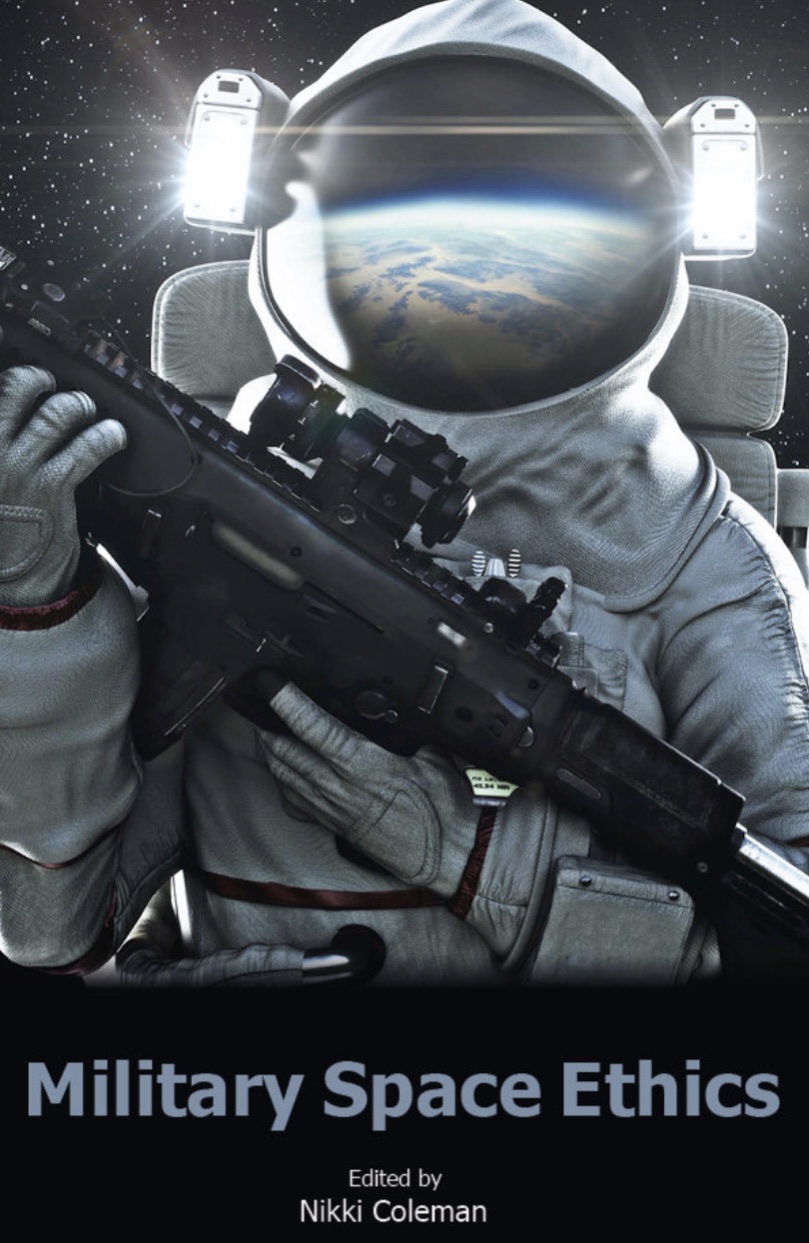