The Indigenous people of West Papua have been struggling for independence from Indonesia since Indonesia’s invasion of the territory in 1962. Since that time, Indonesia’s occupation of West Papua has resulted in ongoing human rights abuses from Indonesian security forces, massive deforestation and destruction of the land for resource extraction, racial discrimination against Indigenous Papuans, mass displacement of Papuans from their Indigenous lands as refugees and internally displaced persons, and the systematic destruction of a Papuan identity.

2021 is a significant year as it marks the 60th anniversary of the first raising of West Papua’s symbol of independence, the Morning Star Flag. Sixty years ago the Nieuw Guinea Raad (New Guinea Council) raised the Morning Star flag alongside the Dutch flag across West Papua for the first time, on 1 December 1961.

The event was a milestone in West Papua’s ongoing path to national self-determination, which had begun when the Netherlands registered West Papua with the United Nations as a Non-Self-Governing Territory in December 1950. The self-determination project was short-lived, however, with West Papua being invaded through Operation Trikora by Australian-backed Indonesian forces. 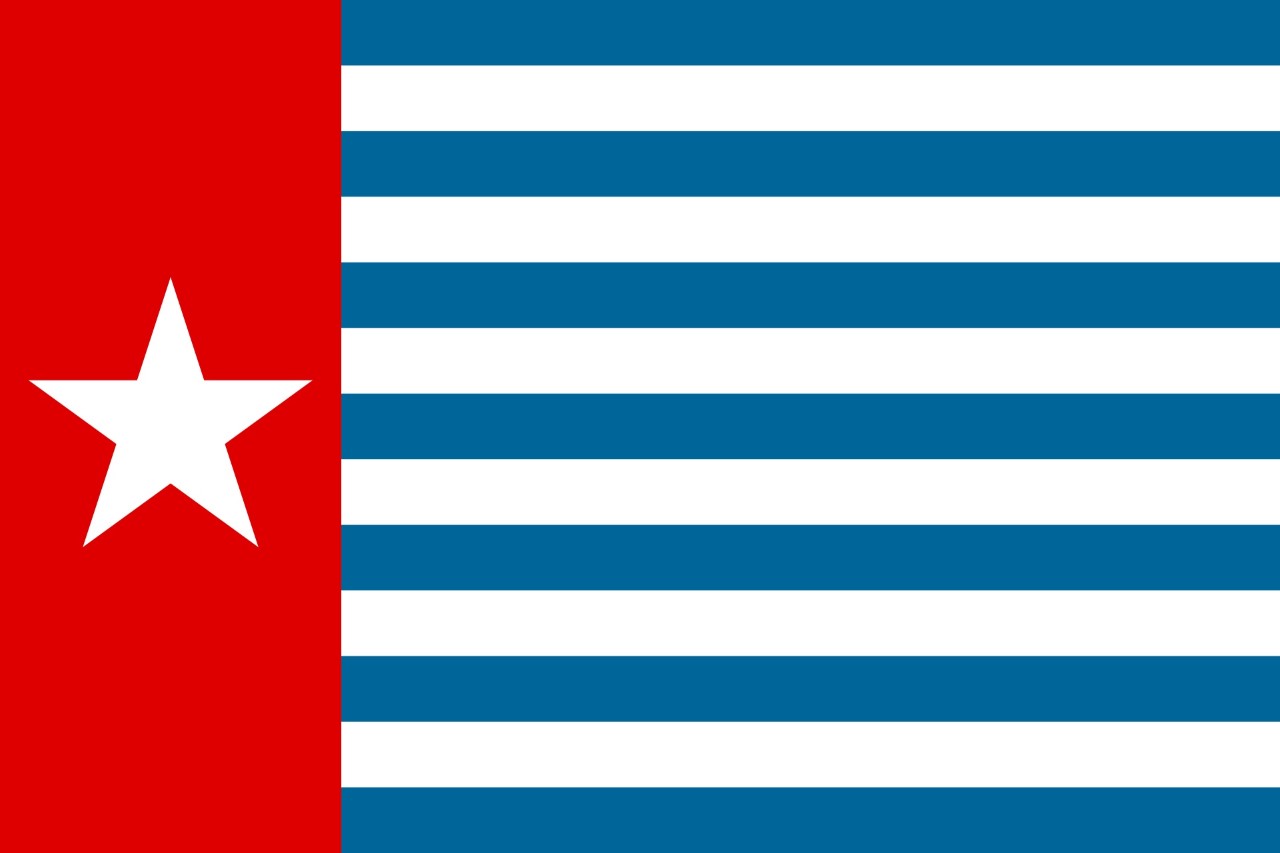 The Morning Star Flag continues to be a powerful unifying symbol for West Papua’s struggle for economic, social and political self-determination. Raising the flag in Indonesia carries a prison sentence of up to 15 years. West Papuans, as Melanesian people of the Pacific, continue to stand defiant against Indonesia’s fictitious claims to their land and identity.

(The flag is used by the Free Papua Organization and other independence supporters. It consists of a red vertical band along the hoist side, with a white five-pointed star in the center, and thirteen horizontal stripes, alternating blue and white, with seven blue stripes and six white ones. The seven blue stripes represents seven customary territories in the region.)

The Pacific Conference of Churches, with the Papua New Guinea Council of Churches, has strongly condemned the institutional racism against the indigenous npeople of West (Tanah) Papua and the increase of Indonesian militarisation in Papua that comes with this. PCC General Secretary, Rev. James Bhagwan and PNGCC General Secretary, Rev. Roger Joseph, have stated that the oppression of Papuan people underlines the need for an urgent investigation of ongoing abuse of
Human Rights, the Economic, Social and Cultural and Political rights of West Papuans, by the United Nations.

In 2019, the WCC Executive Committee released a statement of concern and solidarity for West Papua, supporting the church leaders’ joint appeal for a comprehensive political dialogue, and calling on the Government of Indonesia to allow access to human rights organisations and journalists. The statement also invited all WCC member churches “to pray and act in support of the witness of the churches in West Papua – and that of PGI, PCC and CCA – for justice and peace in the region.”

(The Uniting Church in Australia is a member of the Pacific Conference of Churches and the World Council of Churches.) 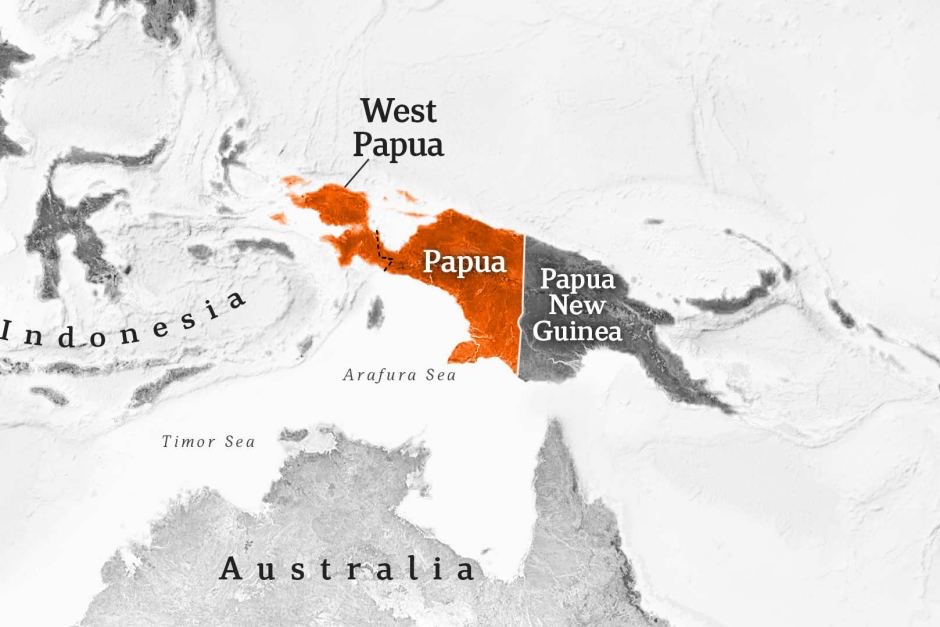 Map courtesy of the ABC

Sadly, the Australian Government has been notably silent on the issue of violence and human rights abuses in West Papua, being bound by the controversial 2006 Lombok Treaty to respect Indonesia’s “territorial integrity”.

The theme of this year’s flag raising is Youth Rize for Land Rights. In the words of West Papuan activist Cyndi Makabory: “What resonates for me with the theme is young people are the leaders of today not ‘tomorrow’, what I’m seeing in West Papua and outside of West Papua is that youths are mobilising and propelling movements”.

There are a number of West Papuans who are active in the Canberra City Congregation—they play together in worship, as some were members of the popular Black Brothers band (see https://asiapacificreport.nz/2016/09/20/west-papuas-black-brothers-message-to-png-musicians-stay-committed/). They include Benny Wenda, whose remarkable story of courage and tenacity is told at https://www.freewestpapua.org/info/benny-wendas-story/

For people of faith in Australia, the continuing injustices seen in this near neighbour merit attention and prayer. We yearn for justice, we seek to see oppression end.